Lansing Ignite could host First Round match from May 7-8 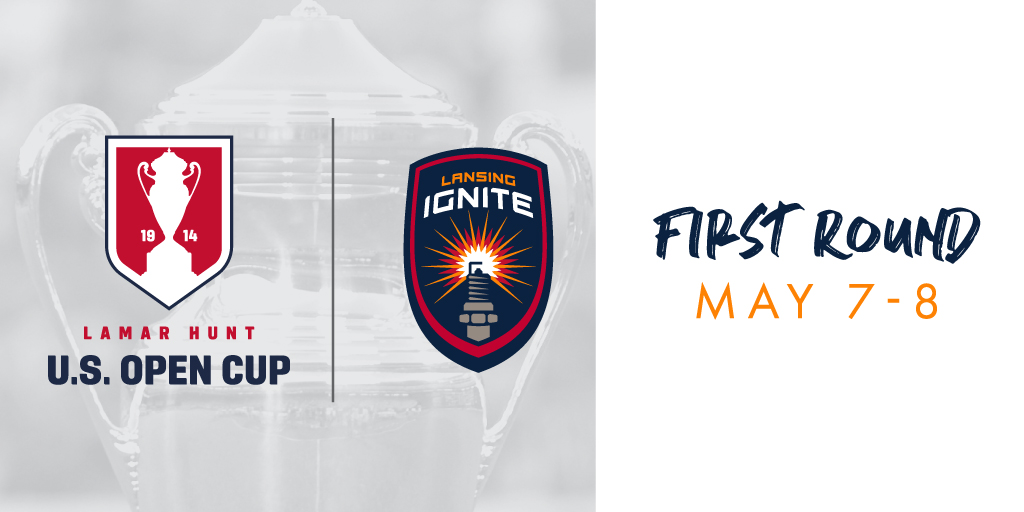 LANSING, Mich. – The U.S. Soccer Federation announced today it had finalized the format and schedule for the 106th edition of the Lamar Hunt U.S. Open Cup, which will see Lansing Ignite FC kick off in the First Round of the competition from May 7-8. In total, the 2019 tournament will feature a total of 84 teams from all levels, culminating in August with America’s soccer champion lifting the Open Cup trophy after eight rounds of single-elimination play.

Ignite FC will learn its opponent when the First Round pairings are announced on April 10, while the potential Second Round pairings and possible pairings will be revealed on April 17. Home teams will be determined by random selection among those who apply to host. Clubs whose venue meets minimum tournament standards will be given priority.

Should LIFC be chosen to host the First Round match, the game would be played at Cooley Law School Stadium. Single-game tickets would be made available in mid-to-late-April, with Ignite FC season ticket holders having a pre-sale opportunity to secure their tickets.

Twenty-five teams from the newly-renamed professional Division II USL Championship will take the field starting in the Second Round on May 14-15, while the Third Round takes place on May 29. Its winners will be joined by the 21 U.S.-based Division I Major League Soccer clubs in the Fourth Round on June 12.

In another indication of the unprecedented growth of professional soccer in the United States, 52 pro teams – a modern-era record (1995 to present) – will play in this year’s competition. The previous record was 47, set in 2015.

The 2019 U.S. Open Cup winner will earn $300,000 in prize money, a berth in the 2020 CONCACAF Champions League and have its name engraved on the Dewar Challenge Trophy – one of the oldest nationally-contested trophies in American team sports – now on display at the National Soccer Hall of Fame in Frisco, Texas. The runner-up will earn $100,000, while the team that advances the furthest from each lower division will take home a $25,000 cash prize.

For more information on the U.S. Open Cup, visit ussoccer.com.