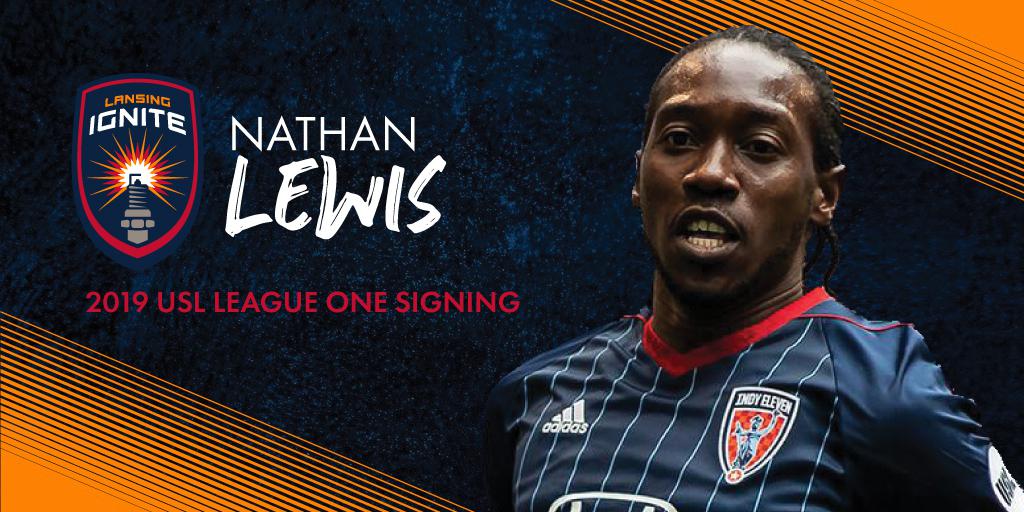 Lewis recently finished his first season with Indy Eleven in the summer of 2018 with 11 matches played and eight starts. Prior to joining Indy Eleven, Lewis played with several Trinidadian clubs including Morvant Caledonia United, San Juan Jabloteh and most recently, Central FC.

“I’m very excited to add Nathan’s quality and experience to our team,” said Head Coach Nate Miller. “Nathan has tremendous pace and the ability to get behind the opponent. He is a proven, experienced and established player with the T&T national team and will be playing in the Gold Cup this summer.”

In Oct. 2018, Lewis was called up by the Trinidad and Tobago National Team for an international friendly. Lewis has made several call-ups to the senior Trinidad & Tobago National Team, including roster appearances in the 2018 World Cup qualifying matches against Panama, Grenada, United States and Costa Rica. In addition to World Cup qualifying opportunities, Lewis has also been featured in CONCACAF Champions League lineups for Trinidad & Tobago.

“Nathan gives us somethingdifferent on the wing, and teams have to account for his pace and mobility,” said Miller. “I look forward to integrating Nathan into our system and him making a tremendous impact.”

Lewis is the fifth player to sign with Lansing Ignite. The team will be hosting an Open Tryout on January 27, 2019 beginning at 9:30 p.m. with very few spaces remaining. Professional soccer hopefuls should register to attend the tryout at lansingignite.com with a $75 fee per player.

Practices for the team will begin in February 2019 with the first match in Richmond, VA on March 30, 2019. For more information on Lansing Ignite, visit www.lansingignite.com or follow the team on social media.