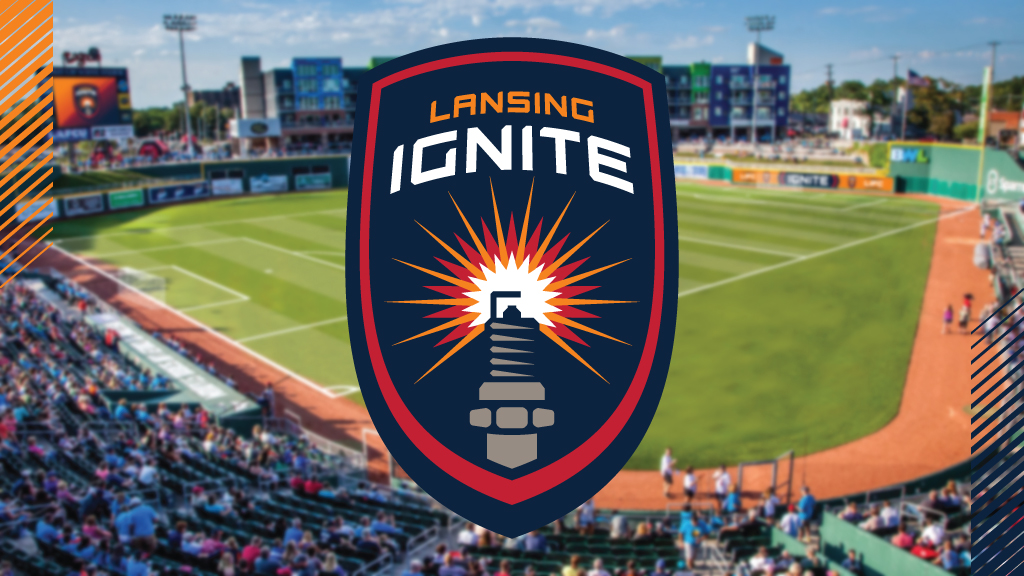 The Lansing-East Lansing market boasts a population of approximately 500,000 and is a center for education and government in the state. The capital of Michigan, Lansing is home to Michigan State University and Davenport University, as well as the headquarters for major companies, including Fortune 500 company Auto-Owners Insurance, Accident Fund, Delta Dental Jackson and two major General Motors plants.

“With the Lansing Ignite Football Club, the City of Lansing’s second professional franchise, we’re putting the Capital City on the map in the national sports landscape,” said Owner Dickson. “A little over two decades ago, the nation saw how great of a sports city this is, drawing over a million fans in the Lansing Lugnuts’ first two record-setting seasons and going strong ever since. The soccer fans of Mid Michigan – kids, families, Lansing United, backed by The Ransom – have shown that there’s a huge appetite for the sport in the region.”

Dickson has been one of the preeminent entrepreneurs in the business of sports for the last two decades, launching his first professional sports team in 1996 – the Class-A Lansing Lugnuts – and spearheading the development and construction of the team’s home stadium, Cooley Law School Stadium, which will serve as Ignite FC’s home venue. A former Entrepreneur of the Year in Michigan, Dickson has additionally been responsible for the development of more than $150 million worth of new minor league ballparks in Dayton and Eastlake, Ohio, Joliet, Illinois, and Gary, Indiana, and serves as the Chair of Minor League Baseball Enterprises and is on the Board of Directors for Minor League Baseball. Since 2005, Dickson has also served as the Chief Executive Officer of Professional Sports Catering, the fastest growing concessionaire in baseball, operating at over 30 ballparks around the country.

“This is really exciting,” said Dickson. “For the first time in 38 years, we’re bringing a professional outdoor soccer team back to the state of Michigan, and we’re going to turn the Capital City into the capital of soccer.”

“Over the last five years, soccer in Lansing has seen tremendous growth,” Sampson added, “This is a tremendous step for the area and for Michigan as a whole, becoming the first city in the state to have a professional team.”

“We’ve already seen the enthusiasm building,” said Grueser. “We can’t wait to see it in full force. Cooley Law School Stadium is going to be filled every weekend next year, whether for soccer or baseball.”

LIFC will make major announcements in the upcoming weeks and months, including coaching staff additions, player signings, partnerships and more. To stay up to date on the latest developments for Ignite FC, visit LansingIgnite.com and follow the team on Twitter, Instagram, and Facebook.

About USL League One

USL League One is shaping the future of the game in the United States, uniting passionate fans in new markets with the thrill of a proven professional soccer experience. League One submitted its sanctioning application to the U.S. Soccer Federation on Aug. 14. South Georgia Tormenta FC, FC Tucson, Greenville Triumph SC, a Madison-based team, Chattanooga Red Wolves SC, Toronto FC II, Orlando City B, the Richmond Kickers, and Lansing Ignite FC have been revealed as teams set to compete in the inaugural 2019 season. The remaining teams will be announced in the coming weeks, as well as the league’s official competition structure.