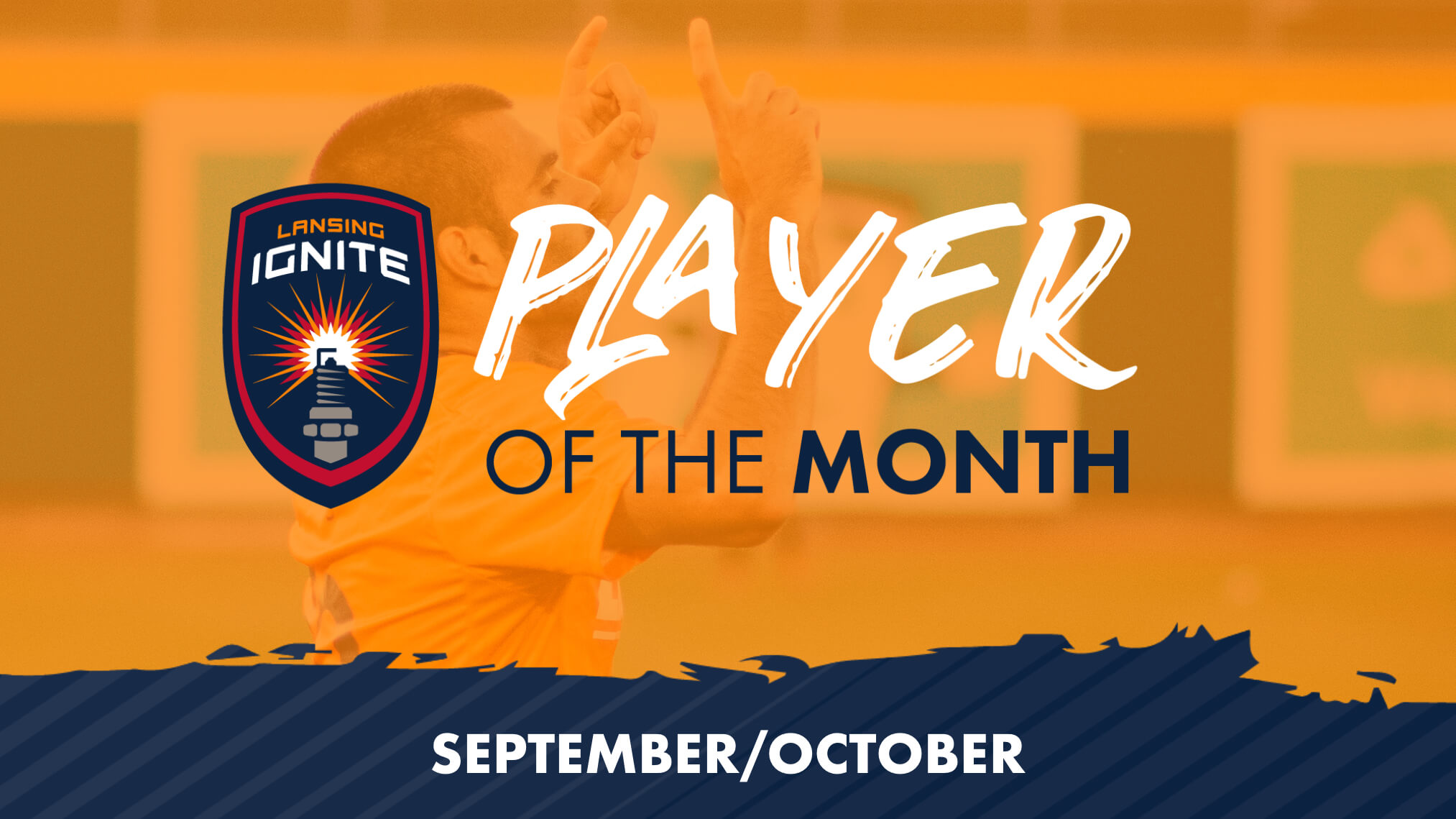 LANSING, Mich. – Lansing Ignite FC forward Pato Botello-Faz has been voted the LIFC Player of the Month for September/October, earning the honors for a third consecutive month.

Botello-Faz was an important member of Lansing's attack for the second half of the 2019 USL League One regular season, recording seven goals and three assists since June 29.

Xavier Gomez, Midfielder – The Chicago native continued to be the heartbeat of the midfield, recording one assist and eight scoring chances. On the defensive end, Gomez recorded 12 tackles, two clearances and one blocked shot.