Lansing to Host Greenville in USL League One Playoffs

Match to kick off at 7 p.m. ET from Cooley Law School Stadium on Oct. 12 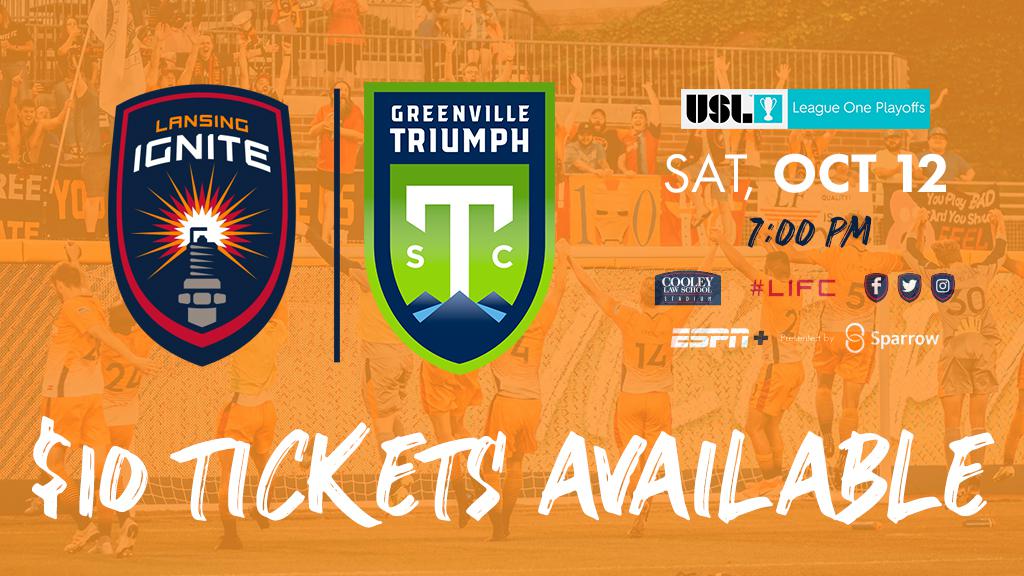 Lansing and Greenville met three times during the 2019 League One regular season, with Greenville winning the first meeting 2-1. The two sides played to a 1-1 tie in the second and third meetings.

After finishing the series with Greenville early in the year, Lansing has been one of the most dominant teams in the league, finishing in second place in the 2019 USL League One regular season with a 12-6-10 (W-L-D) record while scoring the second-most goals (49) in the league.

Greenville, on the other hand, finished the regular season in third with a 12-9-7 record, recording the most clean sheets (13) and conceding the fewest goals (22) in the league.