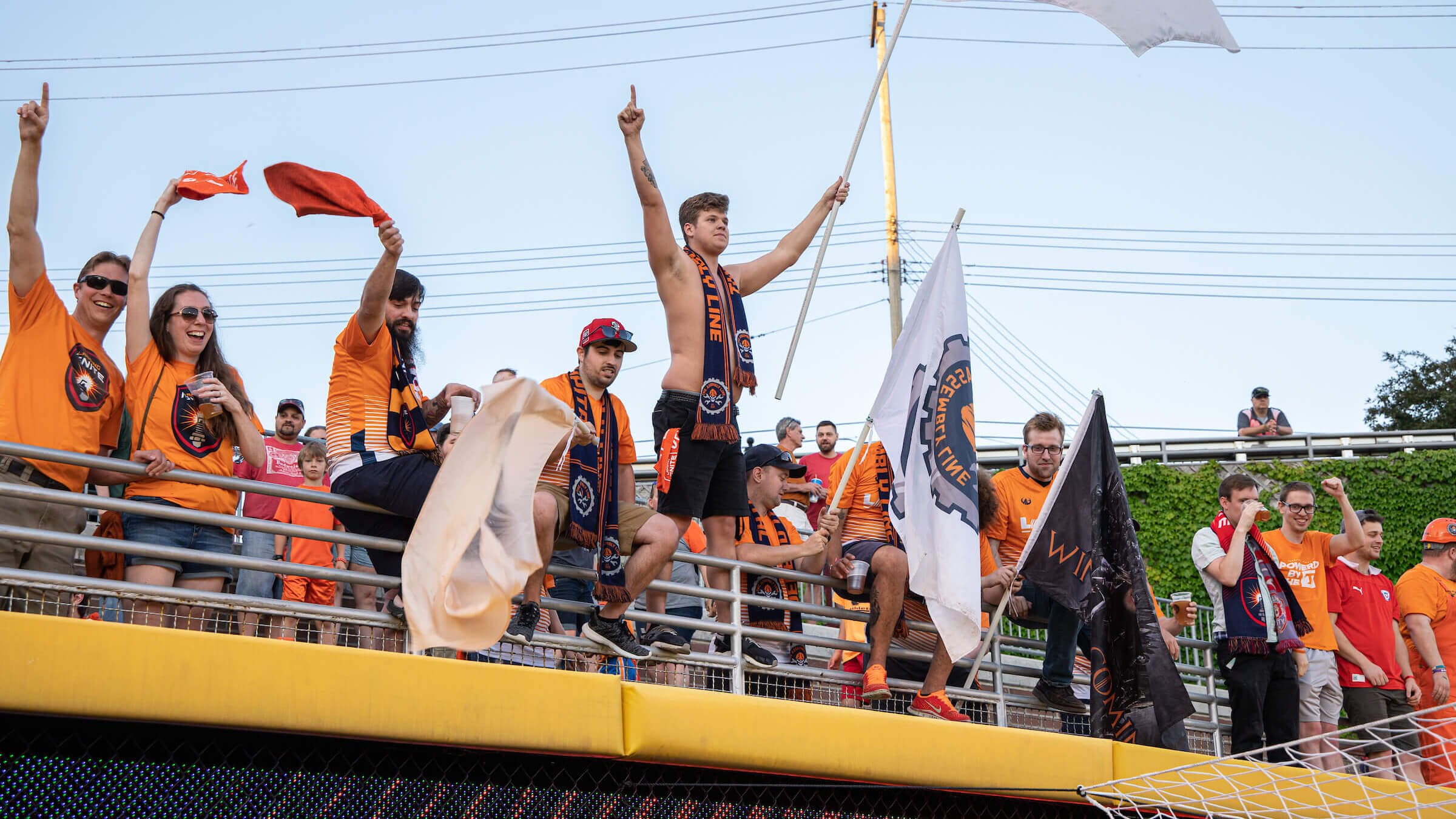 LANSING, Mich. – Lansing Ignite FC’s 12-game unbeaten streak came to an end on Saturday with a 1-0 loss to Forward Madison FC. It wasn’t the victory the team was hoping for, but it’s difficult to dwell on the defeat when the team set the USL League One record for the longest unbeaten run in history, not losing a game since June 29, and officially earned the No. 2 seed in the USL League One Playoffs, which will see Greenville Triumph SC travel to Michigan's capital city for the semifinal match at 7 p.m. ET from Cooley Law School Stadium on Oct. 12.

Forward Madison’s J.C. Banks scored the only goal of the match, but LIFC goalkeeper Stefan Cleveland played one of his best games of the season, making numerous saves and giving Madison’s front line a run for its money.

In the seventh minute, Kevin Coiffic kicked a long ball from the half to Rafa Mentzingen, who quickly passed it off to Tumi Moshobane. He came in with full force and speed from the left wing and attempted to cross the ball to Pato Botello-Faz, but the deflected off of Madison’s Wyatt Omsberg and goalkeeper Ryan Coulter made a diving save.

The first and only goal in the match came in the 43rd minute when Madison’s Carter Manley switched the field and sent the ball flying to Don Smart, who passed to Banks waiting in the middle of the field.

In the 50th minute, the 'Cleveland Wall' came out when Banks set up a corner kick and Cleveland threw his hands up, blocking the shot and pushing the ball out of danger. Nine minutes later, Madison was awarded a penalty kick, but the team had no chance of another goal as Cleveland made another diving save, pushing the ball back in the field to Ivo Cerda, who kicked it out of play.

Despite the loss, 2,412 fans were in attendance on Saturday, pushing the total attendance to more than 45,000 fans at Cooley Law School Stadium in 2019.

LIFC ends its inaugural regular season in second place with a 12-6-10 record and 46 points. It will compete in the playoffs starting Oct. 12.

STEFAN CLEVELAND: The Chicago Fire loanee recorded six saves, one punch and two clearances to keep Lansing in the match.