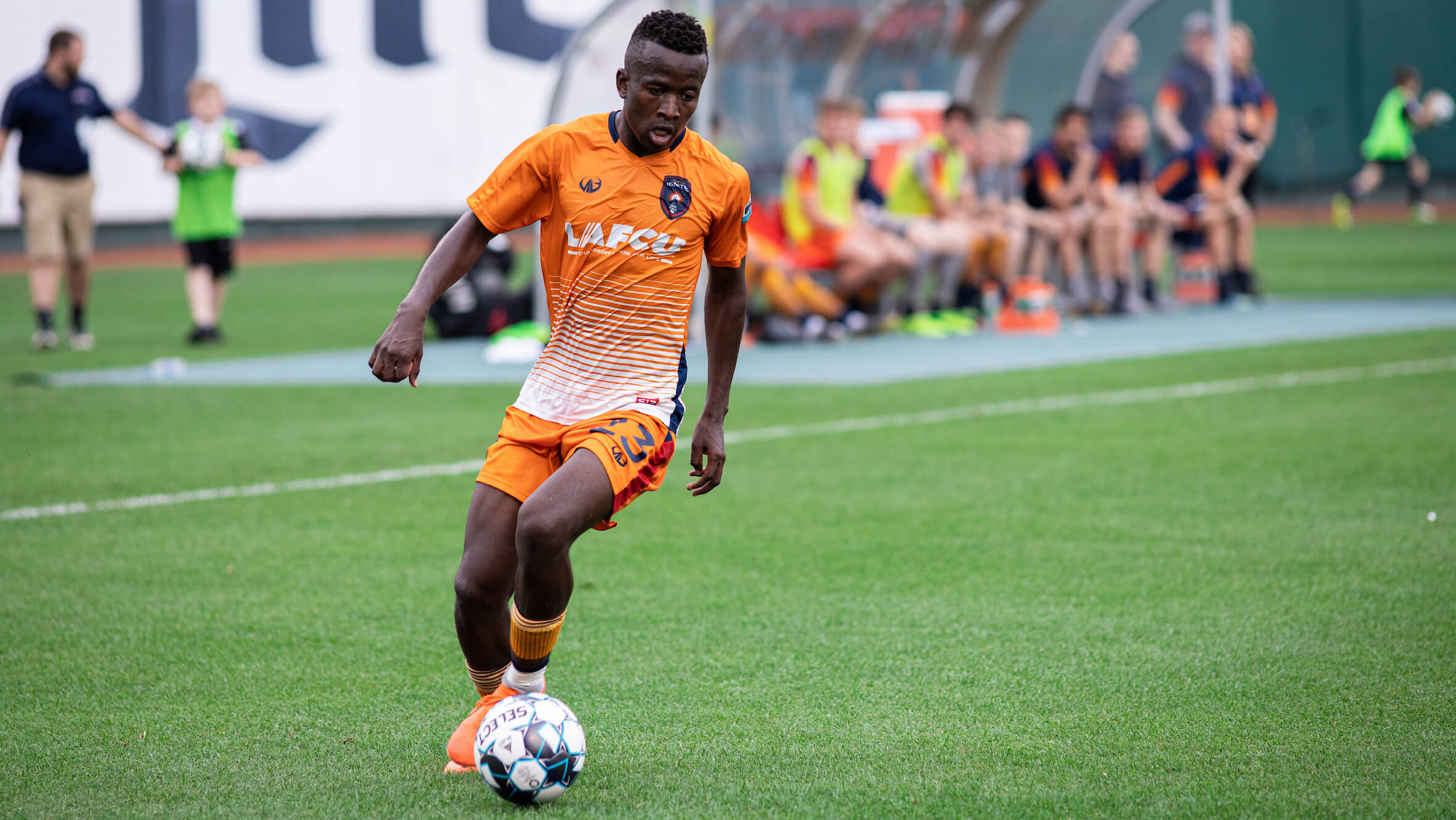 LANSING, Mich. – It’s been three weeks since Lansing Ignite FC played at Cooley Law School Stadium, and it was worth the wait as 2,294 fans witnessed LIFC's dramatic 4-3 victory over Chattanooga Red Wolves SC. With the result, Lansing extended its win streak to six games, extended its unbeaten streak to 11 games and clinched the second 2019 USL League One Playoffs spot, with the help of results elsewhere.

"With our group, I always think we have a chance," LIFC Head Coach Nate Miller said after the match. "I knew we'd create more, it was just about having the resolve and the calm to finish the chances, and we did.

"We adjusted really well – they play with such a high line, so playing behind them and finding the right moments was what we were looking for. We weren’t perfect today, but we just showed the character, the guts, the culture to get the win at the end. I'm proud of the players."

Chattanooga etched itself as a difficult opponent when Vangjel Zguro scored the first goal in the third minute of the match, scoring an olimpico; however, it only took five minutes for LIFC to fight back and tie it up. Brandon Fricke kicked a long ball to Chattanooga player Nicholas Amponsah who tried to kick it back to the opposing half, but Mentzingen swooped in to collect the clearance before racing forward and scoring the team's first goal of the night.

In the 17th minute, Chattanooga took the lead again when Steven Beattie passed the ball off to Greg Hurst; however, two minutes later, LIFC tied it up when Pato Botello-Faz assisted Tumi Moshobane to score the team’s second goal of the match.

Nick Moon scored his fifth goal of the season and LIFC’s third of the night when he and Botello-Faz teamed up in the 30th minute and netted the ball, giving Lansing the lead heading into the halftime break.

Chattanooga got the ball rolling in the second half when it tied the match 3-3 in the 54th minute. Zguro kicked the corner to Rhys Williams who headed the ball to Chattanooga’s Sito Seoane. Kyle Carr tried to block the shot but Conor Doyle flicked the ball over Carr’s leg and straight to Hurst, who scored the goal.

Despite the strong performances by both teams, it wasn’t without its challenges.

Three yellow cards were issued to LIFC players: Xavier Gomez, Kyle Carr and Nick Moon. Nicholas Amponsah and Tony Walls of Chattanooga received yellow cards, and Zguro was ejected from the match when he was issued a red card in the 61st minute.

As the final minutes of the match ticked away, LIFC wasn’t finished. Mentzingen handed it off to Moshobane who would score his second goal of the night and LIFC’s fourth, defeating Chattanooga in the 90th minute.

"They were sitting back, and it was kind of difficult for us to penetrate them," Moshobane said. "We started sticking to our fundamentals from practice, just keep moving the ball around, and it paid off in the end; we got that last-minute goal which was great."

Four minutes of stoppage time was added to the clock, but it wasn’t enough for Chattanooga to make a comeback.

LIFC’s 4-3 victory, as well as North Texas SC's victory over South Georgia Tormenta FC, helped the team clinch the second playoff spot with a 12-5-9 record and 45 points. The team hasn’t lost a match since June 29 and hopes to continue its consecutive winning streak when it faces off against fifth-place South Georgia Tormenta FC from Cooley Law School Stadium on Sept. 21.

"We played good, enough to get the win, but obviously, there's a lot we can improve," Botello-Faz said. "We conceded three. It starts with us in the attack; it’s not just the defense's fault, so we gotta figure that out and fix it. We know we can score goals, so we just got to sort out the defense and we'll be good."

TUMI MOSHOBANE: The South Africa international continued his impressive from on Saturday night, scoring two goals to lead Lansing to yet another victory at Cooley Law School Stadium.