Botello-Faz, Moshobane, Stoneman Named to USL League One Team of the Week 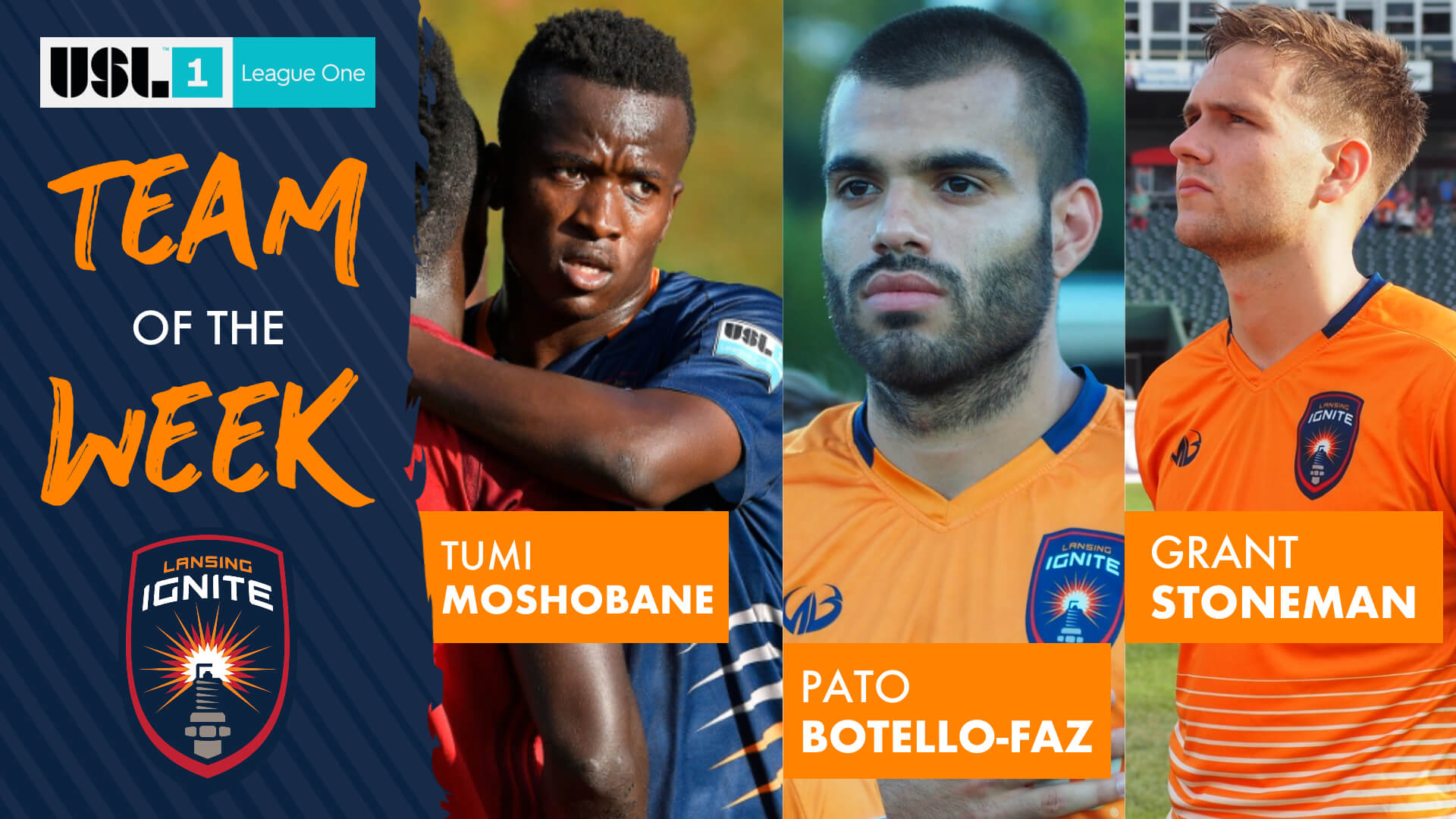 The Mexican forward earned his second weekly award in the past two weeks as he recorded two goals and one assist in Ignite FC’s 5-0 victory on the road against FC Tucson on Friday night. He is the fourth League One player to earn multiple Player of the Week awards this season.

Moshobane continued his strong recent form, scoring a pair of goals and completing 17 of 20 passes in Lansing’s emphatic attacking performance, while Stoneman won nine of 11 duels and six of seven aerials in addition to completing 43 of 52 passes en route to the road shutout.

LIFC continues its quest for a League One playoff spot with two League One home matches in September, including a home match against Chattanooga Red Wolves SC on Saturday, Sept. 14 (TICKETS). For more information on Ignite FC, follow the team on Twitter, Facebook and Instagram.