Stefan Cleveland Named USL League One Player of the Month

LANSING, Mich. – Stefan Cleveland has been named the USL League One Player of the Month for June. Since joining the team in May on loan from Chicago Fire Soccer Club, the talented goalkeeper has been dubbed the ‘Cleveland Wall’ and for good reason.

"It's an honor," Cleveland said. "Being able to have a great first month under my belt is a great step for me contributing to the team moving forward. There is still half a season to go, but it feels good to get off to a great start and hit the ground running hard."

The 24-year-old Dayton, Ohio, native has been instrumental to Lansing’s recent success. In June alone, Cleveland recorded three shutouts and 24 saves, both the most by a goalkeeper over the month, as Lansing has cemented itself in playoff position.

"There is a bit of a learning curve in just understanding your teammates and finding your comfort level, and I think he has gained a lot of confidence since being here," LIFC Head Coach Nate Miller said. "He definitely has the belief of the coaching staff and the players. So, after he really got settled in, he definitely stabilized things for us in the back. He has more of a leadership voice now, and he is a confident guy. It hasn’t been just this month, ever since he got here, he’s barely put a foot wrong, so he is definitely deserving of the award." 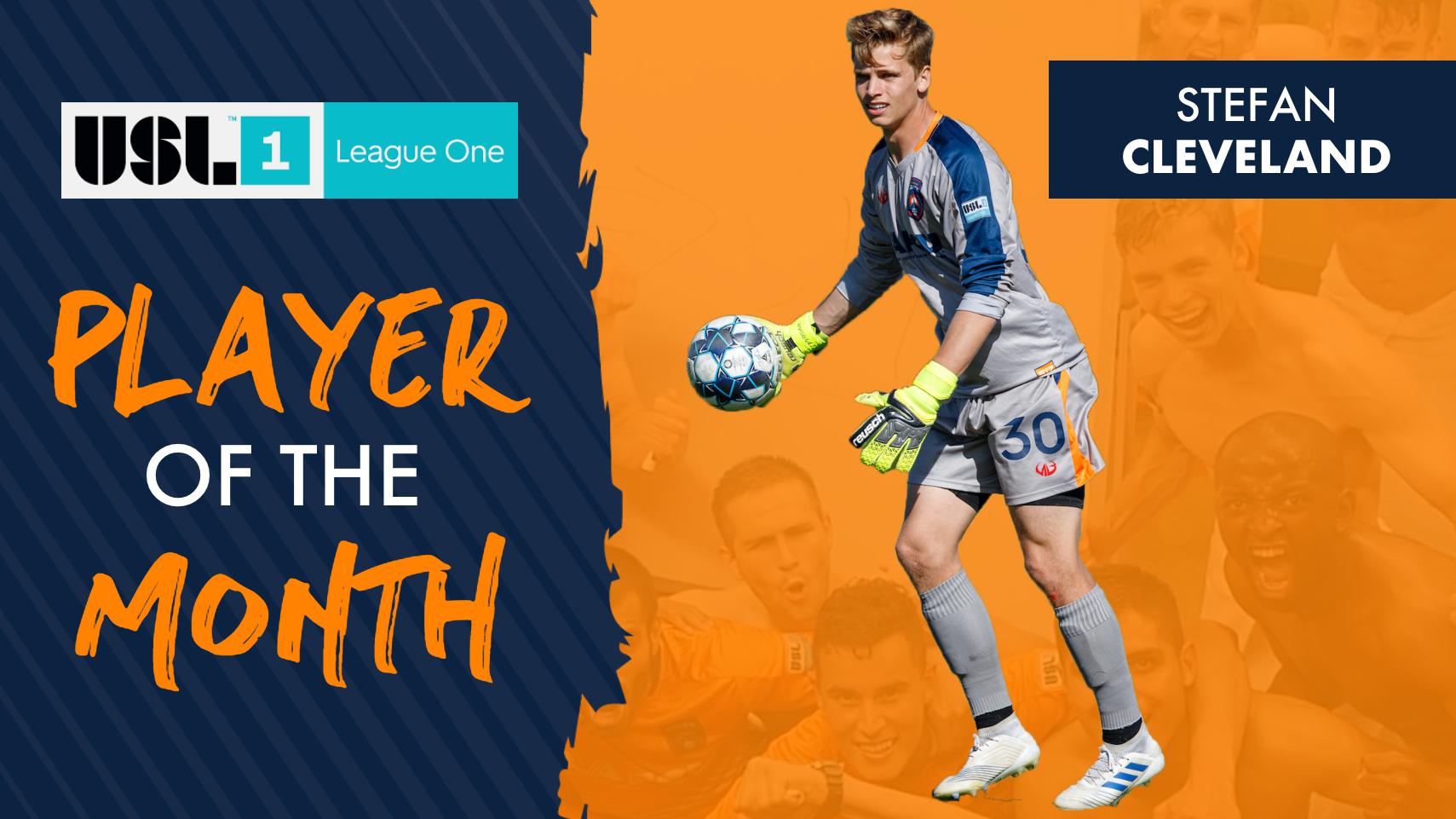 Ignite FC went 3-2-1 overall in June as Cleveland and his defense were among the busiest in the league. Lansing faced 87 shots over the month, the most of any side in League One, with 32 of those ending up on target from its opponents. Cleveland paid tribute to a defense that recorded 20 blocked shots over the course of the month in addition to his 24 saves.

"I think the team was fantastic," Cleveland said. "The defense was putting their bodies on the line the whole time. I think for every save I had, the defense was blocking two shots. Everybody on the back line was phenomenal, cleaning up my mistakes. I'm obviously trying to help them as much as I can, but while this is a great award, it is certainly a team award. Everybody on the team and in the locker room deserves it.”

Cleveland received 47 percent of a weighted poll that included the USL League One Technical Committee and an online fan vote held at USLLeagueOne.com. Chattanooga Red Wolves SC’s Steven Beattie finished second on 25 percent after recording four goals in four games for his side, while North Texas SC’s Ronaldo Damus finished third on 23 percent after recording six goals to take the lead in the race for the USL Golden Boot.

"He has been really important for us, the way he has organized set plays and kept clean sheets," Miller said. "He has done a wonderful job, but it's more than just the saves he makes, it’s about his leadership and overall control and demeanor when he is in goal."