LANSING, Mich. – With four minutes of stoppage time between Lansing Ignite FC and Forward Madison FC, it looked like the match was going to end in a 1-1 draw. Then, in a blink of an eye, Lansing was celebrating a 3-2 victory.

A defining moment of the season in the middle of a playoff race that sees little separation between teams showed just how important playing at home in front of your fans can be.

Head Coach Nate Miller has preached that every home game should be an automatic three points. That has become the norm at Cooley Law School Stadium as Lansing has only lost one game all season and currently ride a three-game home winning streak.

“Being at home and not traveling is huge,” Miller said. “Being familiar with the pitch and just getting confidence from our supporters. They have given us a lot of energy.

"Attacking The Assembly Line goal, it feels like there is a magnet. We want to make this place a fortress. I told them before the game we need three points, and the boys did an amazing job not to crack. It’s against a team trying to climb and is a threat to us in the table, so you have to push them down.” 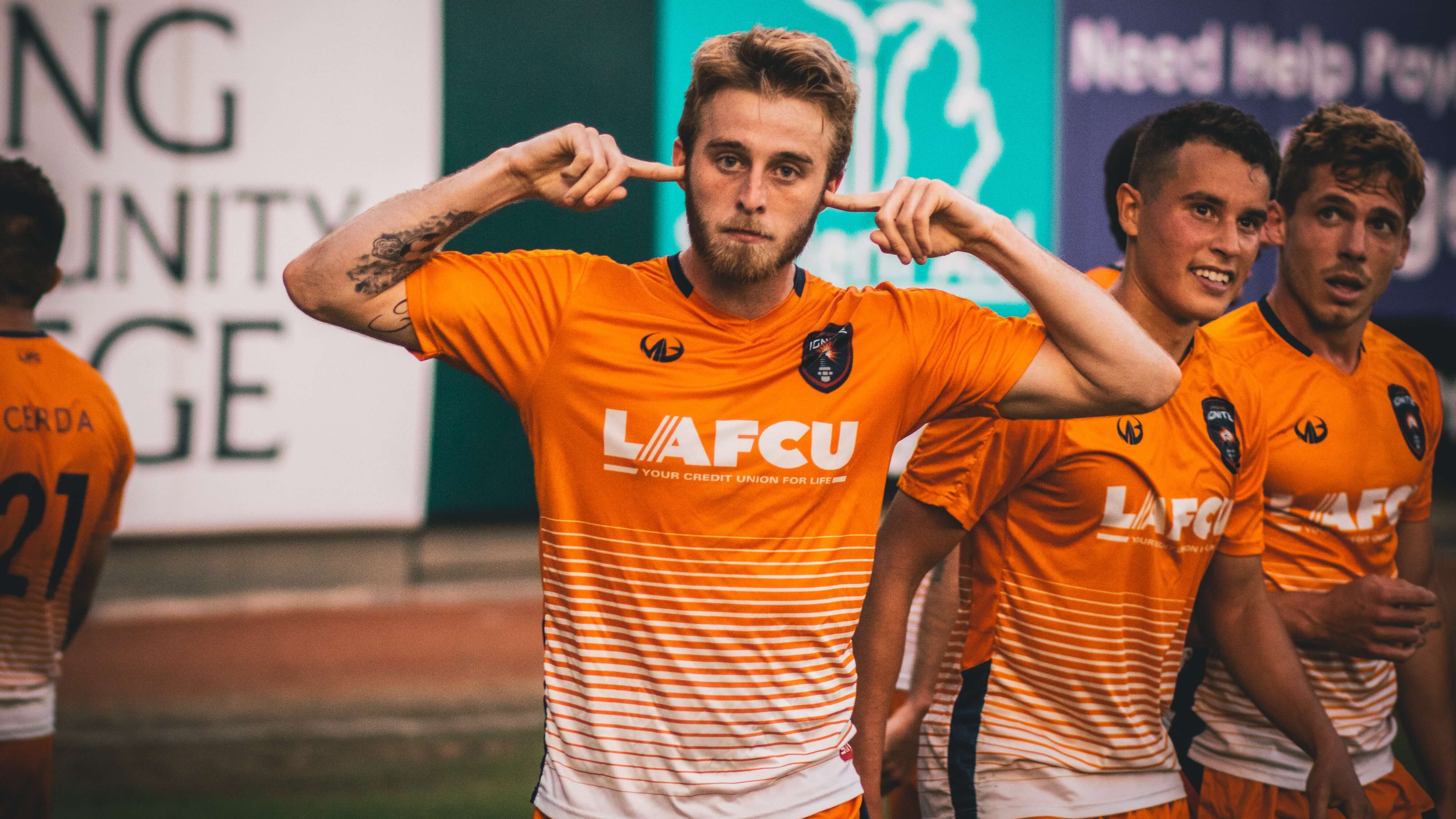 After not seeing any action in Chattanooga, midfielder Rafa Mentzingen came on as a sub in the 82nd minute and took it upon himself to make an impact.

After running through the Madison defense, Mentzingen hit an Alex Bruce pass first-time off his left foot, leaving the Madison keeper no chance to stop the shot.

“Coach told me to go in and change the game,” Mentzingen said. “I needed it. It’s been a couple games without playing, so I know I needed to make an impact to change the game and help my teammates get all three points.” 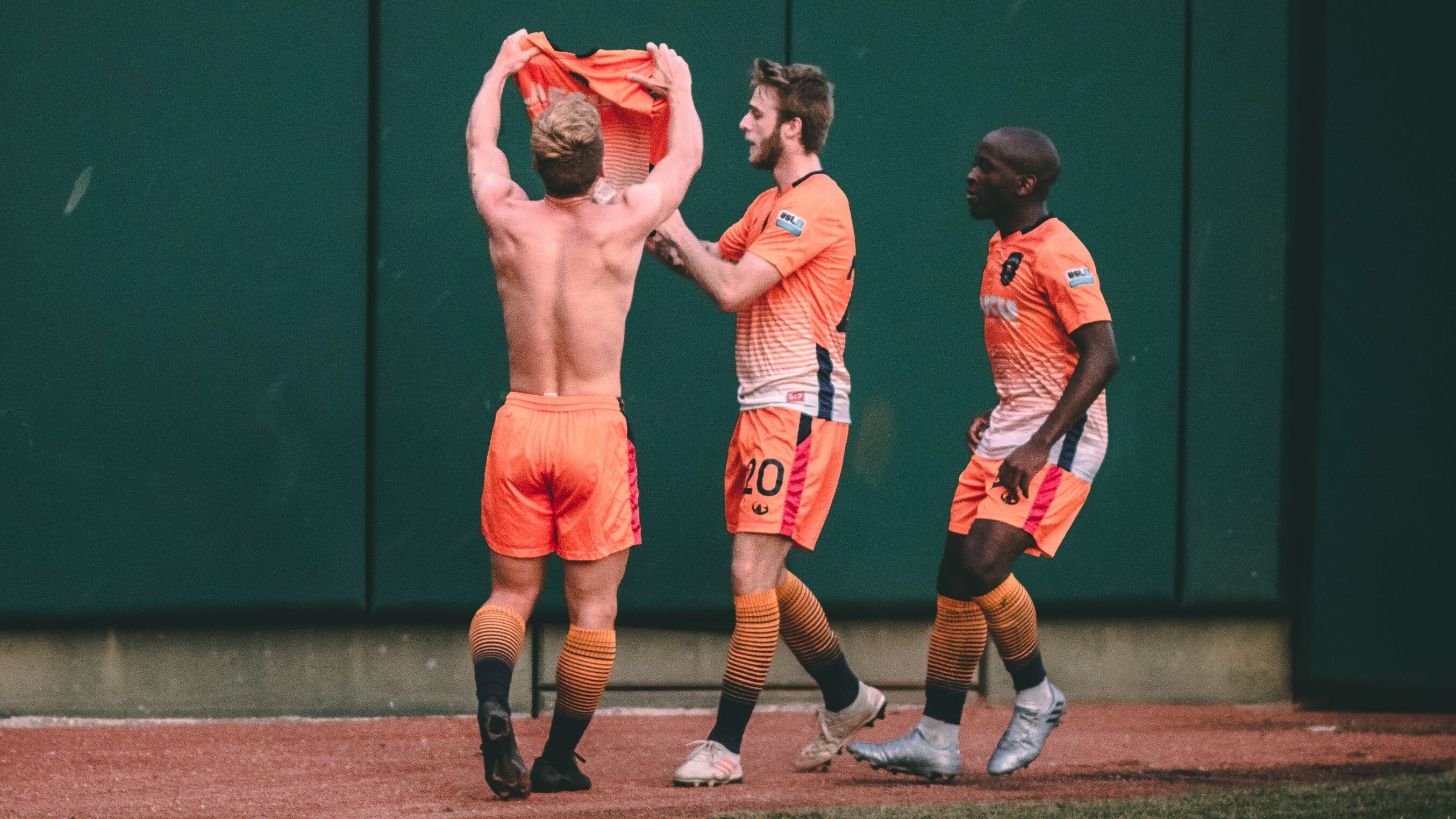 Those three points looked to be in jeopardy of becoming one, as Forward Madison would level the score 2-2 after a cross could not be controlled by Lansing goalkeeper Stefan Cleveland, and an unlucky bounce had it fall straight to the path of Madison's JC Banks. who tapped it in.

Lansing could have given up and settled, there were only seconds left until the referee would blow his whistle, and one point wouldn’t have been the worst thing in the world.

But that wasn’t good enough. They wanted all three points; they weren’t going to allow what had happened and just take it and move on to the next game.

They were going to fight to the final whistle.

“It was painful, but we have next-play mentality,” Miller said. “When you concede the second one, you don’t have a lot of time to think. So, it’s all about the next play. We sent everybody forward, because at home, we had to do that. It was an amazing finish by Rafa with the left foot and for Bruce to keep his composure in a high-pressure situation and put it home was great. A fun night for Ignite supporters.”

As the final whistle blew, it was pure elation as Lansing was able to celebrate the victory with its fans.

“I don’t think I’ve lived a game like that,” Mentzingen said. “I’m so glad we got those three points because that was our goal for today. That’s what you got to do sometimes, stick to it and believe until the last second. I’m proud of all the guys.”

Despite the events that happened Tuesday night, it will be a quick turnaround for Lansing as the team remains focused on their goals and wants continue its good form with no plans on slowing down.

“We definitely will celebrate this, but we have another big match at home on Saturday, where we also need to get three points," Mentzingen said. "We will celebrate tonight and get right back to work tomorrow. We want to give back to the community and draw more and more fans. We can feel the atmosphere, especially today, the fans helped a lot.”