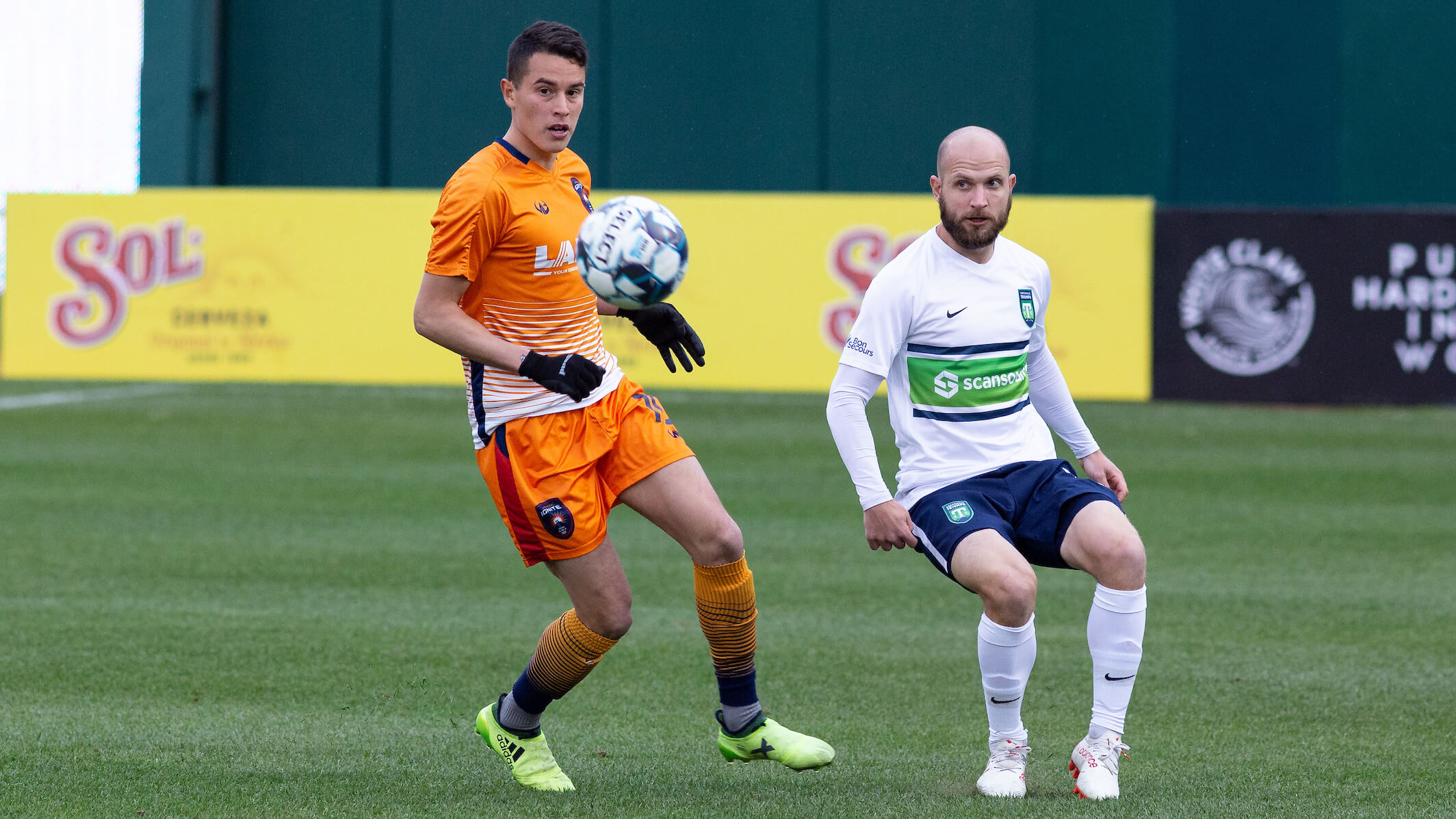 LANSING, Mich. – Lansing Ignite FC fought back to secure a crucial point in front of 1,725 fans on a chilly and rainy night, with the team recording a 1-1 tie against Greenville Triumph SC at Cooley Law School Stadium on Saturday evening.

A clearance that ricocheted off the leg of Greenville's Travis Ward found its way past LIFC goalkeeper Kyle Ihn and into the back of the net in the 68th minute, but Ricky Lopez-Espin scored the game-tying goal in the eight minutes later.

"It's a point." LIFC Head Coach Nate Miller said. "When you come back, it's a positive sign, but we are going to find a way to make three out of one. We have the ability and the quality to not concede a goal like that, but the fight back and the spirt when there was a hard moment was positive."

The match was scoreless heading into the second half, thanks to LIFC’s strong defense and goalkeeper Kyle Ihn, who made a fantastic save in the second minute of action. LIFC bounced back, though, and created chances of its own, especially coming out of the gates in the second half.

Lopez-Espin made his first appearance in the second half and nearly scored LIFC’s first goal in the 65th minute, but too much power forced the ball over the crossbar.

In the 68th minute of play, Ward tallied Greenville’s first goal just minutes after coming into the game.

With another shot on goal in the 76th minute, Lopez-Espin converted. Tumi Moshobane sent in a great delivery from the corner, and Kevin Coiffic soared high to head the ball back towards goal, where leaped before netting his third goal of the USL League One campaign.

"On the training ground, we have been training to crowd the goalkeeper," Lopez-Espin said. "The ball went over me, and I turned and saw Kevin get his head to it, came right to me, and I had the easy part of just heading it in."

The result brings LIFC to an overall record of 4-3-2, with a League One record of 2-3-2. The club competes against the USL Championship's Indy Eleven in the Second Round of the 2019 Lamar Hunt U.S. Open Cup at 7 p.m. ET on May 15 from the Sellick Bowl. LIFC will return home on May 18 and face undefeated North Texas SC.

RHYS WILLIAMS: The midfielder made three clearances and one interception on the defensive end and had a hand in many of the attacks moving forward for Lansing.